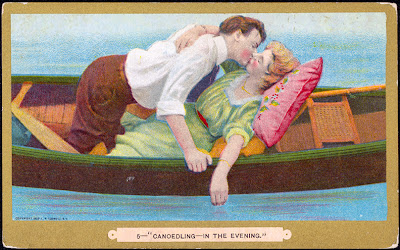 IT'S THE WEEKEND at long last. Kick it off with three quick links:

U.S. WOMEN, AT LONG LAST, WON THE RIGHT TO VOTE IN 1920 and had their first chance to vote in a presidential election that year.
Yet the National Association Opposed to Woman Suffrage vowed to fight on, warning female voters in October 1920 that lawsuits would soon be filed, aiming to make women's ballots invalid in states that hadn't ratified the vote. Indeed, the New York Times reported that this organization claimed "men who have worked for the ratification of Nineteenth Amendment are politically unsound and not to be trusted."
Despite that, women voted in huge numbers that year, served as election judges and even ran as candidates.
As we approach Election Day 2012, let's remember that there will always be those who not only try to prevent progress but aim to take us backward. Next Tuesday, let's honor our grandmothers' and great-grandmothers' examples and vote.
As Carrie Chapman Catt wrote in The Woman Citizen (Nov. 13, 1920): "The election is over; woman suffrage is here forever, and on the whole, women have good and sufficient reason to be fairly well satisfied with this, their first participation in a great national contest." 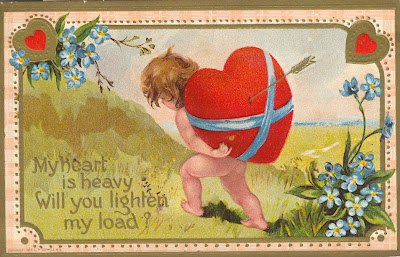 Check out these headlines from 1912:
And we thought the National Enquirer and TMZ were bad. These century-old headlines are nearly as slanderous and the stories as tawdry as many articles in today's scandal sheets.
Yet for all their hearsay, there's a good deal of charm and humor found in many love stories of yesterday. Below are my four favorite 1912 New York Times “love stories” — just in time for Valentine’s Day.
$500 Verdict for Actress: Fifty Love Letters Read in Court Net Her $10 Apiece
Hattie Hart, a Cleveland actress, was awarded in court $10 apiece for every love letter written to her by Captain Abram M. Cheeks, a retired Ohio River showman, oil operator and gold prospector. Miss Hart, 25, had sued Capt. Cheeks, 65, for $50,000, claiming a breach of promise of marriage. While he admitted falling in love with the young woman when she was playing on the showboat, Sunny South, he claimed he never proposed. (Don't you love their names!)
Loves the Best Man Best: Georgia Beauty Jilts Gilbert for Sullivan, and Elopes in Gilbert’s Auto. The headline tells the whole story and, nope, not that Gilbert and Sullivan. Said the groom, “I congratulate myself I didn’t get her. I got off lucky. I hope they will return my auto in good condition.”
Reunited by Her Novel: Woman Writer’s Confession in Her Book Brings Back Man She Loved. Seems a young woman refused to marry the man she loved “because of a certain incident in her past,” which she wouldn’t confess for fear he’d marry her in “chivalrous pity.” Much later, he read a review of a novel she had written based on her life and he knew it held her secret. Smitten all over again, he tracked her down in Spain, where they renewed their love. The article announced their upcoming marriage. (Sounds like a perfect made-for-TV love story. Lifetime, are you listening?)
But this is my absolute favorite:
Has a Surfeit of Love: Chicago Husband Flees from Home to Dodge Affectionate Wife
In the Court of Domestic Relations, the husband complained that his wife was not content to “caress him” and often followed him to his office. The judge declared, “No wife ought to interfere with her husband’s business by following him around. On the other hand, a husband ought to jolly his wife as much as possible.”
Happy Valentine's Day. Oh, and may your love never make the papers.
Posted by Karin B. Miller at 9:59 PM 1 comment: 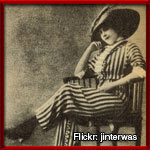 I can't remember which volume in my large collection of turn-of-the-century etiquette guides first got me hooked. I only know that its unintended humor—not to mention sexism and classism—compelled me to search for more.
This month The Loft Literary Center features my essay, "Not Behaving Like a Lady, circa 1900: Researching the Rulebreakers," in its online publication, A View from the Loft. While most authors taught conformity, propriety and rules for living, some aimed to help women recognize their own smarts and savvy. And then, of course, there was Emily Post, who infused her copy with lively characters and gave them tongue-in-cheek names such as the Richan Vulgars, the Toploftys and the Kindharts. Read about it all here: www.loft.org.

Karin B. Miller
I'm a writer and editor who has long enjoyed studying the turn of the 20th century, especially regarding girls and women: Home life and work life. Calling cards and chaperones. Girl basketball players and debutantes. Canning and homemade beauty concoctions. Rules girls lived by and rules girls broke. AttaGirl brings it all together.